Blurred Lines Are An Opportunity To Focus 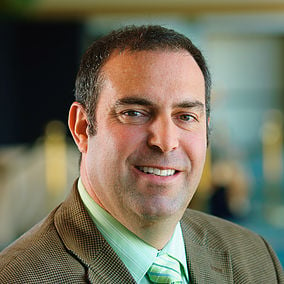 It could be argued that the lines have been blurring for a while, however, this has been accelerated since the twenty-tens began and social media, collaboration, and a deeper understanding of audience behaviour and relevance of message has sharpened the communication focus in more ways than we could have imagined ten or fifteen years ago. In fact, nothing is driving the collective communication kumbaya than the use of big data, analytics, and new tools combined with an environment of ‘alternative truths’ and ‘fake news’, as organisations grapple with a defiant late teen communication environment.

So where are the lines blurring and what is the opportunity that is coming into focus as we near the end of the decade and head into a new one?

Whether we talk about audiences, stakeholders or in fact ‘publics’ – a term I don’t particularly like using as a communication professional, as it feels very distant in a world that will be driven on trust in relationships. The fact remains that the lines have blurred between internal and external and we must start adopting ways of understanding people at a much deeper level, so we can communicate in a much more personal, relevant and targeted way. We should learn a lesson or two from marketing and the use of big data and analytics to understand not only where people go for information and how they consume that information, but in fact who they are and what drives their behaviour. Targeting the right message, in the right way, to the right audience is critical in a noisy communication world.

In an environment where the audience chooses the channel, not the organisation, our approach should be driven by audience insight and business need. What do we want people to Know - Feel - Do to drive action? This critical question, overlaid with the insights we have gained about our audience and aligned with what the business is trying to achieve, is what will drive our approach. No matter what communication or marketing discipline we work in, our communication environment is omnidirectional and includes multiple channels. The differentiating point as a communication professional is the choice we make based on what we know, what we have available to us, what the audience has available to them and what new choices we and the audience make.

Not to oversimplify it, in my view, good strategy is the product of great research, analysis and understanding of the current context and how that context may shape the future. We don’t all have to be strategists however to take a strategic approach, we do have to understand our audiences’ needs and our organisation's needs and facilitate an amazing connection between the two in a very purposeful way. Simply put we must build better relationships and be the facilitators of communication within our organisations.

Dealing with the decline in trust

The 2017 Edelman Trust Barometer did not paint a rosy picture when it revealed that “trust is in crisis around the world. The general population’s trust in all four key institutions — business, government, NGOs, and media — has declined broadly, a phenomenon not reported since Edelman began tracking trust among this segment in 2012.” This is quite worrying yet not an unexpected result given the mass media world we live in where anyone can basically say anything in any way to anyone and be believed. It’s bound to have an impact. One out of every two countries has lost faith in the system. The credibility of both CEOs and government officials has been declining for several years and is now at an all-time low. It was also interesting to note that 64% of people trusted leaked information over 36% who trusted press releases, however, trust in a peer remains on top and non-traditional media continues to rise as a more trusted channel, even though it is open to misinformation. The influence factor of relationships is the glue that will hold society together as we venture into the next decade. The Edelman report has also put ‘business’ on notice and said, “when the system is failing, companies must do more” sighting treating employees well, offering high-quality products/services, listening to customers, paying its fair share of taxes and ethical business practices as the key areas of focus. Communication lines are blurred yet again; however, it is very clear that internal communication and its facilitation role will also need to act as an ethical filter.

So, what are the opportunities for internal communication?

In a rapidly changing world, where a new channel is launched almost daily, we need to go where communication is happening rather than getting the audience to come to us. In fact, internal communication has been doing this for years, so we are well positioned to show our external colleagues how it is done, aiming for a conversation with lots of listening rather than talking and spinning. We drive organisational communication by understanding our audiences’ needs and the needs of the business and facilitating that alignment very purposely by taking a strategic approach.

Adrian Cropley OAM, FRSA, SCMP, is the founder and CEO of Cropley Communication and the Centre for Strategic Communication Excellence. With a career spanning over 30 years, he has worked for and advised CEOs and communication leaders globally, including many Fortune 500 companies, on strategic communication and change, as well as building training offerings targeted to communication professionals. He led the development of IABC’s Career Road Map, kick-started the global ISO certification process for the profession, and was the founding chair of the IABC Academy.