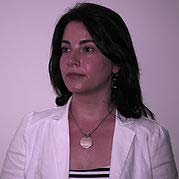 As an industry, Public Relations is notoriously inward looking – we seldom seek to learn from the world around us and see how we can intervene in making it better, safer, more inclusive and less divisive.

As an art subject deeply rooted in sociological science, behaviours (with their associated values, characteristics, manifestations) have only been recently introduced in our vocabulary: we call it “nudge”. However, looking just at nudging masses, communities or select groups into doing something, does not address the root of the problem: why did they display that behaviour to begin with?

ISIS, putting aside its atrocities – unprecedented for any extremist Islamic group – should be a profoundly worrying case study for our entire practice.

They are the first terrorist faction to make the best use of all engagement strategies and tactics in the PR arsenal: emotions, feelings, hope, purpose, value, vision and promise.

If we look at the word “public” from “Public Relations”, that involves anyone and everyone that is impacted by a communication/engagement activity, regardless of the communication model used (Gruning’s, Weaver’s, Gregory’s etc.).

It would then seem natural that extremism of any kind, the one that touches hearts and minds, hopes and dreams, behaviours and beliefs, is one of our industry’s fiefdoms – whether we choose to get involved in it as a practice or as individuals, is a different matter.

To assume that fundamentalist extremism can be effectively uprooted by using conventional weaponry alone is misguided and naive. Just as the principles of leadership apply to those business leaders who take their staff “on a journey”, the same rationale applies to extremist leaders.

The communication industry (and those educators we so much rely on) can support the international community in its efforts to reach the lost members of physical communities – we know how to reach them, how to touch their souls and how to make them feel valued and really included.

The Muslim communities in our cities and towns are becoming more and more isolated: partly by choice and partly by force. Leaflets, social media campaigns and other targeted communications help; but nowhere near enough than real community integration, respect and understanding. How many of us have ever entered a mosque and spoke with the clergy? How many of us asked Muslims to come to our Sunday service? How many of us reached out and invited a Muslim acquaintance/colleague/friend to a Thanksgiving celebration or to Yom Kippur? How many of us broke bread with Muslims for Eid?

Globalisation is the biggest failed geopolitical experiment of the 20th century – it was meant to bring different cultures together and make them feel truly integrated and respected. If it hadn’t been designed on paper, launched on paper and done only on paper, it would have probably succeeded. But, people don’t live “on paper”; they live next door to us, and they are just like us.

Have we made the ISIS, Al-Shaabab and Al Qaeda etc. recruits feel like “one of us”? When those around you treat you like you don’t exist or like your existence is absolutely irrelevant or unwanted, what do you do? Go and find a place where you belong and are accepted just as you are ...

The Centre for Strategic Communication Excellence is honoured to share the details of Ella Minty's recently released book.

“ISIS is not an extremist faction created by the social media platforms or the internet – it was empowered by them.” – Ella Minty

Ella Minty’s new book, Social Media and the Islamic State: Can Public Relations Succeed Where Conventional Diplomacy Failed, examines how social media has transformed extremist discourse. It’s one of the first studies to draw a link between international diplomacy, the rise of fundamentalism and public relations. Drawing on ISIS and their sophisticated use of social media platforms and PR concepts, it explores the way in which the outfit was able to recruit, mobilise and spread fundamentalist propaganda in regions where it had little physical presence.

The book will be of particular interest to scholars and researchers of defence and strategic studies, especially those working on ISIS propaganda, Middle East studies, media studies, digital humanities, communication studies, public relations and international relations.

She handled some of the most prominent international crisis of recent times, developed the Leadership Development Programme for MENA young engineers and she has also been an adviser to several governments on their national branding strategies. She is also a member of McKinsey & Company Executive Panel and the Co-Chair of the Energy Leadership Platform; the first PR and Strategic Communication cross-sectoral Energy think tank in the world aimed at demonstrating the value of PR as a strategic management discipline.